From stage combat to fighting Parkinson’s

“I thought the best way to help people was to become a doctor,” he says. “Then Calculus 2 happened – several times.”

The pivot? He switched to theatre, a high school passion, and went on to build a career as a fight choreographer. But he felt the field was missing something.

“There is currently no evidence to back up practices in stage combat,” Brandon says.

Now a graduate student in kinesiology, Brandon aims to apply the science of movement to his practice and develop a methodology for teaching stage combat. His mentor, Elizabeth Stegemöller, professor of kinesiology, also explores points at which art and science intersect.

Stegemöller founded Iowa State’s Neurophysiology Lab. She seeks to better understand how music, singing and movement improve symptoms and the underlying brain activity in people with Parkinson’s disease. Her discoveries benefit Parkinson’s patients in local communities through outreach efforts, including a boxing class that Brandon teaches.

There’s a growing body of evidence for the arts as intervention to improve quality of life,” Brandon says. “My research is geared toward that.”

Donor support plays a critical role in their research and ultimately, its contribution to society. Brandon received the Mark and Nancy Dyslin Scholarship, and Stegemöller’s work receives funding from multiple sources, including Parkinson’s-specific research funds.

Accelerating the impact of research and projects such as these was a key priority of Forever True, For Iowa State, the university’s $1.5 billion fundraising campaign. And thanks to donors’ overwhelming response, Stegemöller’s and Brandon’s research could someday improve the lives of millions of people around the world.

“Donors’ generosity supports both my personal mission and the university’s: to apply knowledge to make the world a better place,” Brandon says. 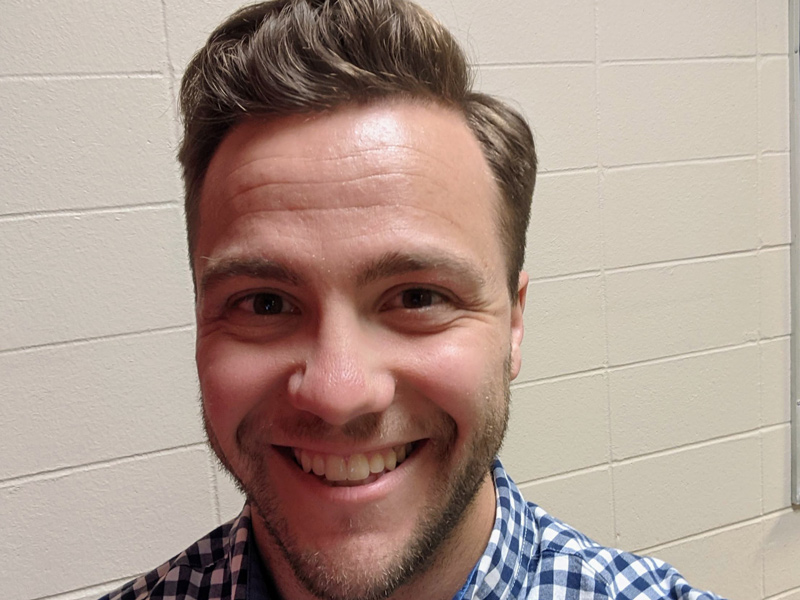 To donors I say, ‘thank you.’ Your support helps us do things we wouldn’t be able to do otherwise.